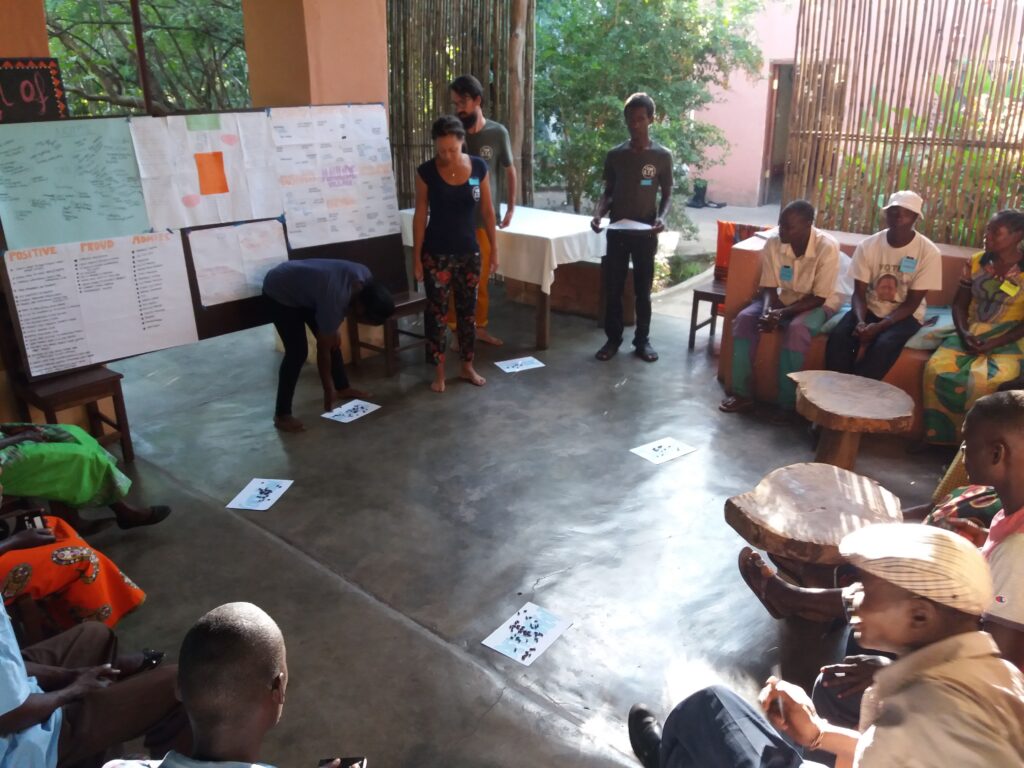 When we enter communities that are neglected by governments such as slum areas, the first thing we notice is people’s incredible creative ability to solve issues using local assets such as overlooked abundances and manpower. We often however see that this creativity gets blocked by induced dependency on western aid, especially when these communities have for long received aid FOR them, not cooperation WITH them. PAR unlocks this creativity and sparks innovation western organizations could have never thought of.

When we execute PAR in development cooperation, there are a few things we put extra emphasis on. First, the to-be-changed situation as proposed by the commissioning NGO should be in line with what local communities want to change. In a first Orientation stage, we verify this through informal conversations with the community. If this differs, we propose to shift the starting point and/or goals of the commissioning NGO. Second, during System Exploration we pay extra attention to cultural aspects and how they influence behavior. Third, when we notice the community shows passive, dependent behavior, we use extra elements of Appreciative Inquiry to boost self esteem and motivation to become active.

What would happen if those people co-design and realize their own projects rather than participating in top-down, western aid projects?

In our Participatory Action Researches we have seen remarkable results when people get the chance to work together in researching their shared reality, discovering new options and co-design and realize projects they feel ownership of. Although it means we sometimes need to deviate from the initial goals of the commissioning development organisation, we are confident these goals will be -albeit indirectly- met, tapping into the power of the masses: people.

We are fully aware that NGO’s are often squeezed between community-needs and the goals of their funders, which are not always the same. Therefore, we also offer inspiration sessions to funders (link).

Note that by stakeholders we mean local residents as well as organisational and governmental actors and all in between: all who are involved in or affected by the initial problem. That means that as a commissioning development organisation, you will probably take on an active role in the design as well as the realization of the action plan as well.

You can hire us as Participatory Action Researchers to perform PAR on a complex development problem. Based on our first conversation, we make a preliminary PAR-design. This design will be tested during a first Orientation, in which we have a first set of informal conversations with other stakeholders. Based on those conversations, we adapt our preliminary PAR-design into a workable PAR-design, which we discuss with you. Once accepted, we continue our PAR by collecting data and perspectives on the PAR-subject. We then share those results with stakeholders and facilitate the process in which they co-create and kick-off their action plan. During monitoring we stay tuned on its process and facilitate reflection and any required finetuning of the action plans. This process usually takes a few months up to as long as required, depending on the scope of the PAR. Let’s discuss our options!