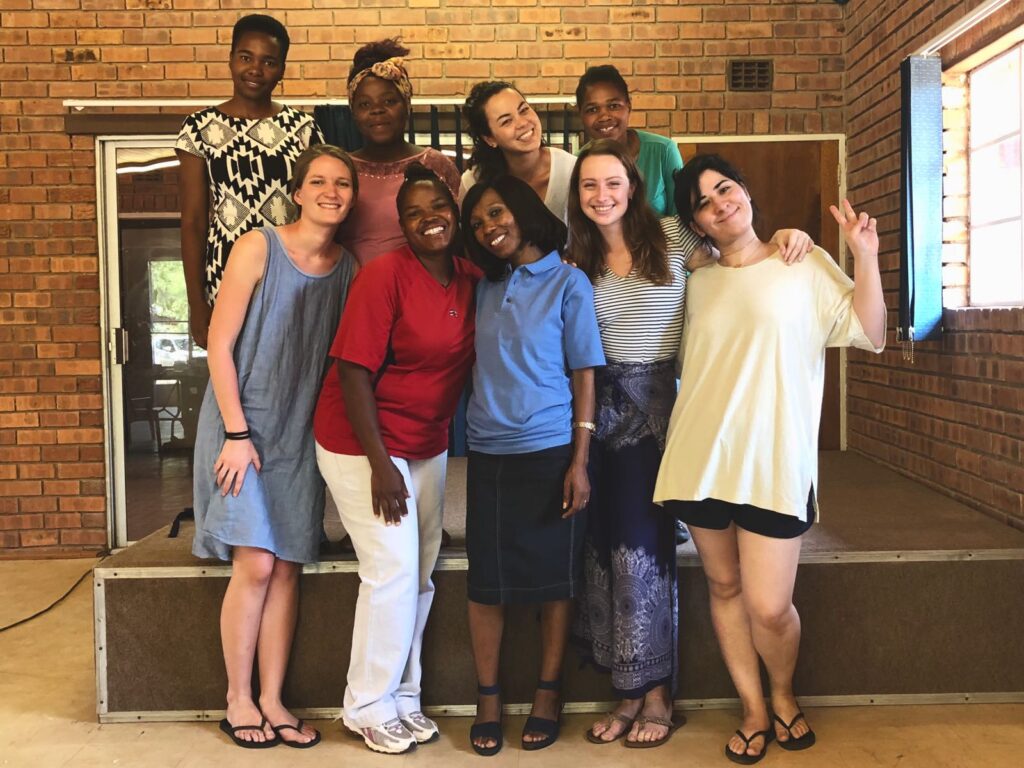 “Does anyone have any questions for now?” I asked at the end of my ‘speech’ about the research plan and the goal of the Father Involvement Challenge. “I do!”, one of the community leaders replied. “You said you were here two years ago for another research on children, and that this time, you want to discuss your results with us. What happened to the results of two years ago, did you also take them back to the community?”. Feeling a bit embarrassed – I had actually hoped that no one would ask me this – I had to admit that I hadn’t. Or at least, not in the way we are intending to get the community involved for this project. I tried to explain it to him and the others listening – through an interpreter, meaning that every half-a-sentence you have to pause and wait for the translation, after which you can finish your sentence – at least, if you still remember the first half by then. It had indeed been one of my own biggest frustrations, doing a research for my studies and knowing that I would not be able to do anything with the results. Of course I wrote a report that I sent to the local organisations that I had been working with, but I realized that chances were very little that something would actually be done with it. This was part of my motivation to engage with SEVEN SENSES and the way they conduct action research, as the ‘action’-part of ‘action research’ is one of their top priorities. They seemed satisfied with my answer and started to fill in the questionnaires. (Laetitia, FIC-Coordinator)

About a week and a half ago, we formally introduced ourselves to the community where we are carrying out our research. Our contact person here had assured us that around fifty people would show up to the community meeting that he and the community leaders had organized. However, when we arrived at the place of the meeting, ten minutes before the meeting was supposed to start, there were only four men waiting for us. Fortunately, in the minutes that followed, more and more people started to show up. Even in the following hour, people kept joining the group gathering at an open place in between a couple of houses. Although we were not sure what to expect from the meeting and the amount of people that would show up, Carine counted over sixty people at some point during the meeting! After our introduction, we asked them to fill in a questionnaire with some basic questions to find out whether people were interested in taking part in the research. And apparently they were: in that hour, we collected almost sixty questionnaires of which almost fifty left their phone numbers to be called to make an interview-arrangement. It was an absolute honour to meet these community-members and to receive their responses.

And this was only one of the interesting meetings we have had in the four weeks since we arrived. For instance, we organised drama classes at a high school, in which we brought up some fatherhood-related issues. We were very impressed by these teenagers; not only because they were really open about their daily life experiences, but also because they did so well at the role plays! Multiple times, both the Dutch and the local researchers stated to be touched by the situations that were acted out. After the role plays we discussed the learners’ ideas and opinions, which gave an interesting impression of the things they value in their families and lives.

There are two main reasons that we find it important to get to know the community that we are working in. First of all, we want to show the people that we are serious about wanting to get to know them. That is why in the first week, we followed Tswana classes. Even though Tswana turns out to be quite a complicated language – with letter combinations that force us to make a fool of ourselves in trying to pronounce them right – we can at least greet and thank people in their own language. This often leads to funny reactions: people either laugh at you, or they start telling you a full story in Tswana, after which you have to admit that you only understood the greeting and two or three words…but we are trying! And according to the local researchers in our team (we’ll tell you more about them in a bit), people do appreciate it.

The other reason that we want to get to know the people in the community, is because we want to make sure that we do not try to change things that they themselves do not want to change. That is why in every meeting, every interview and focus group, we ask about what they would want to see different in their own community. Obviously, the topic of father-involvement was chosen for a reason: two years ago it already became clear that people would want the involvement of fathers to increase. But that does not mean that we should not assure ourselves time and again that this is indeed an issue that the community wants to take on.

And so far, the local researchers have proven to be of great value in this whole process. Ever since we got to know each other during the first workshop (the one on Teambuilding), we feel free to discuss all our insecurities and potential mistakes with them – and they are really being kind and patient to us! Right now we have five local women involved in our research; they act as driver, interpreter, gatekeeper, and networker – but most of all as our very own ‘real life experience-experts’. Together with these ladies, we designed the Drama class, the research plan and the interview questions. It was interesting to see how we were sometimes hesitant to bring up certain topics, while they would say “no, you can ask about it, it’s no problem!”. Up ‘til now, they always proved right.

We are four weeks into the project now, in between the data gathering and data analysis phase. Although many people (including ourselves) express curiosity towards the results and possible solutions, it still feels like we have very little to no clue of what the outcomes will be. Nevertheless, we realise that this is quite common for action research: we will only become aware of possible ‘solutions’ when the community gathers and starts brainstorming. So what is going to be our role, as Challenge team?

The coming weeks will be a combination of gathering more data, transcribing, analysing and asking new questions. In about two weeks, we should have a (general) idea of our research results. We will then also start thinking about a way to present these results to the community: how do we understand the answers that were given, and how can we explain these in a way that facilitates local people in their process of co-creating tools to improve family life and father-involvement? We do not aim to come up with solutions or THE answer, rather we aim to give some insights into the way the different people in the community view their own daily family life. We cannot stress enough (to them, to you and to ourselves) that we are only here to facilitate. We will not be the ones inventing some kind of miracle-working plan. But we will try to get people to talk to each other, to discuss their own and each other’s potential and to ask questions where this could be helpful. Hopefully, in a couple of weeks, we will be able to tell you more about the progress of the Father-Involvement Challenge. Please be patient with us and know that we are doing our best to keep you all up to date.