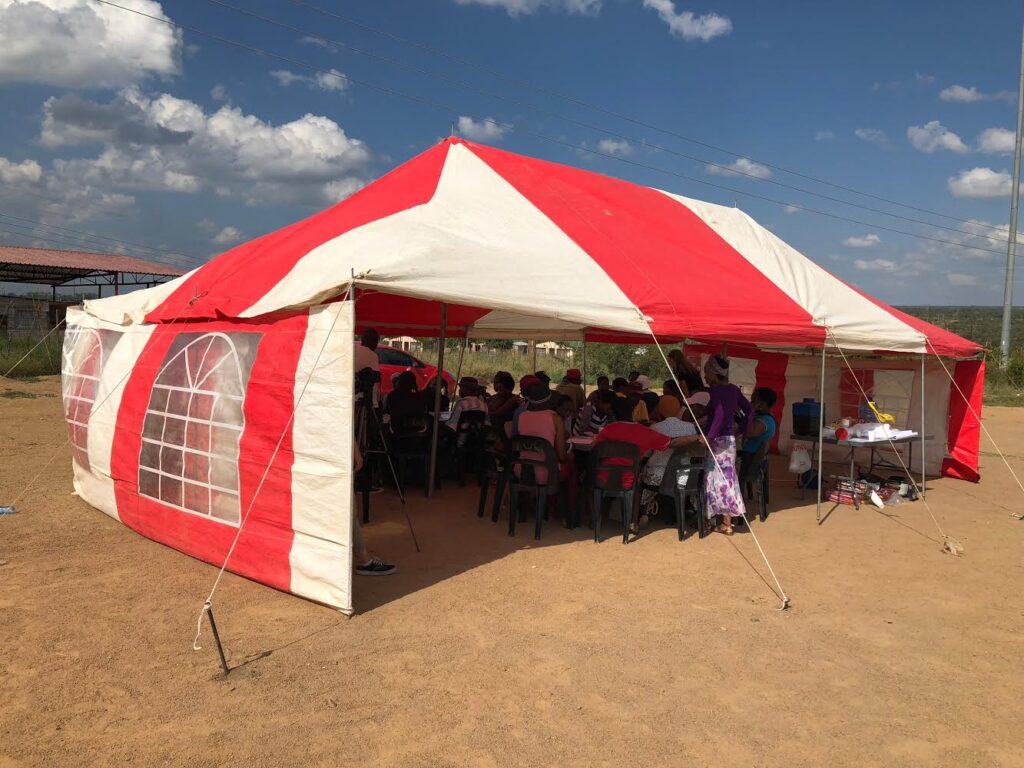 Father-Involvement Challenge Data Discussion: where collaboration with local stakeholders is the most essential part

Only two weeks left. Wait, what?! When I became aware of the fact that there were only two weeks left to complete our research, I suddenly felt that we hadn’t come far at all. I thought by myself, we’ve been here for almost three months, but what have we actually achieved? Then I started thinking about what we had done and who we had met during our time in Hammanskraal… I realised that I had looked at it from the wrong perspective. That perspective that we had talked about as a team so many times. That perspective that we wanted to avoid – our perspective.

Because it was never about what we as an individual or as a Dutch research team could accomplish. It was about working together with local researchers, local stakeholders, local community leaders. And when I look back on how far we have come with getting to know people in Hammanskraal, working together as a multi-lingual and multi-cultural team, I can’t help but feeling honoured to be part of this team – getting to know South Africa in a whole new way. It did not only broaden our minds, but also our network, our skills and our capability to do the research we came for.

Last Saturday, the 10th of March, we organised a community meeting where we  presented the results of our research to the people of Hammanskraal. The week before, we worked very hard to analyse all the data we gathered during the interviews, focus groups and high school-visits. This was quite a big happening – for us at least. It was very important to mirror what the people had told us during the research. This data presentation was meant to show everything they encountered on a daily basis. The way they experienced family life, life in the community and being a man or woman in Hammanskraal.

For the data presentation, we had hired a tent and four tables, that Solly, one of our local researchers, had set up with some guys from the community. We chose to allocate one main theme to three of the four tables; themes that were mentioned most during the research. To visualise them, we made “Challenge Trees” (see example on picture below), divided in the following themes: Lack of Safety, Teenage Pregnancy and Lack of Father-Involvement. The trunk of the tree represents the challenge, the roots represent the cause(s) of this specific challenge and the fruits the result(s).

Solly told us that he had informed the people of the community that we would start at 13:00h, but he expected that most of them would only arrive an hour later. However, at 13:00h, the first people started to enter the tent. We received hem with a drink and a snack. Soon more people came in and we counted about 20 people when we decided to begin with the first round of discussion. We divided the group into three smaller groups, and each group could choose a table to start at. Each table was hosted by at least one local researcher. Cynthia and I were hosts at the “Lack of Safety” table. Carine and Kgothatso at “Teenage Pregnancy”, which left the last table to Mmamoruti. Each group started their discussion with the “Challenge Tree”.  I asked them if they recognised the challenge, the roots and the fruits. One of the older men immediately answered with a firm “Yes, we recognise all of them”. They started to examine and review the tree.

After a minute or so, I asked them to look at the next drawing, the “Possibility Tree”. This tree exemplified the exact opposite of the challenge, namely “Safety” for my table, “Healthy and Safe Sexual Behaviour” and “More Father-Involvement” for the others. Here, the trunk acted as the possibility, the roots as the solution(s) and the fruits as the result(s). I invited them to have a look at this tree and, after that, to put their heads together and brainstorm about possible solutions. What activities could they think of as members of the community to improve safety in their neighbourhood, households, schools, etc.?

A good 20 minutes of discussion passed by when the groups had to move on to the next table. Here they were given the same set-up and questions, though with a different theme. It was interesting to hear the different discussions at the different tables. We, being only English-speaking, did not follow everything, which made it even more fruitful to have the local researchers with us that day. They helped us with explaining, translating and receiving new arrivals. Because, even though the discussions had already begun, more and more people started to fill the tent. Solly was a good host and appointed them to one of the three groups. At some point, we counted about 40 people present.

We expected more community members to attend this meeting, but this amount of people actually turned out to be perfect. It allowed us to end the day with one big, final conversation. We asked every small group to present the solutions they came up with to the rest of the community. We wrote them all down on a big piece of paper. Many solutions were a picture of how the ‘ideal situation’ would look like – very ambitious. Some, maybe, a bit too ambitious to start with. After every solution was presented, we asked them to think about one activity that could be done in the coming two weeks. One small activity that would be easy to organise and could be the first step to help realise the bigger ‘possibility’; the ‘ideal situation’. Laetitia tried to explain – with Mmamoruti translating every few words into Tswana – that each individual only has a limited circle of influence. However, if you can influence the people in your circle, they can influence the people in theirs and so on and so forth.

Time flew by. It was already about 17:00h and it still looked as if not much would come out of it. Then one woman raised her voice and suggested that they should organise a ‘Mother-Daughter’ day. A day where the women in the community could bond with their daughters. Where, with the idea of creating a stronger bond in the future, it would become easier for daughters to talk about sex and sexual behaviour with their mothers, and vice-versa. After that, the men thought it good to organise a ‘Father-Son’ day as well. After much discussion and suggestions, the date was set. The two events would be organised on the same date – Saturday the 24th of March (the Saturday before we leave!) – on the soccer ground next to the church. Lucky for us, Wickey was also attending the meeting. Wickey is the DJ at the local radio station. They immediately arranged for him to announce the event on the local radio.

Three days after our data presentation, we met with Solly again. Solly, being as enthusiastic and passionate as only he can be, told us that the day after our presentation the community had had another meeting. In this meeting, they continued Saturday’s discussion! “We informed all the people who were not there on Saturday! Even the people who were there, they also stayed to listen to it again,” he said. “I’m still spreading the word!” This was music to our ears! We were so excited and happy to hear him say those words. And the good news did not end there. Wickey phoned Solly a few minutes later and expressed the same enthusiasm about this project. He said that he wants to meet up with Solly to maybe have a daily (!) timeslot on the radio devoted only to speak about these subjects!

We hope that after these events, organised by (solely) the local stakeholders, more ideas and activities will follow. In the coming two weeks, we will still be interviewing some people for the short documentary that we want to make. Furthermore, we will visit the High School where we did the drama class one last time. And obviously, we will attend the big event on the 24th. We are looking forward, and will keep you posted!