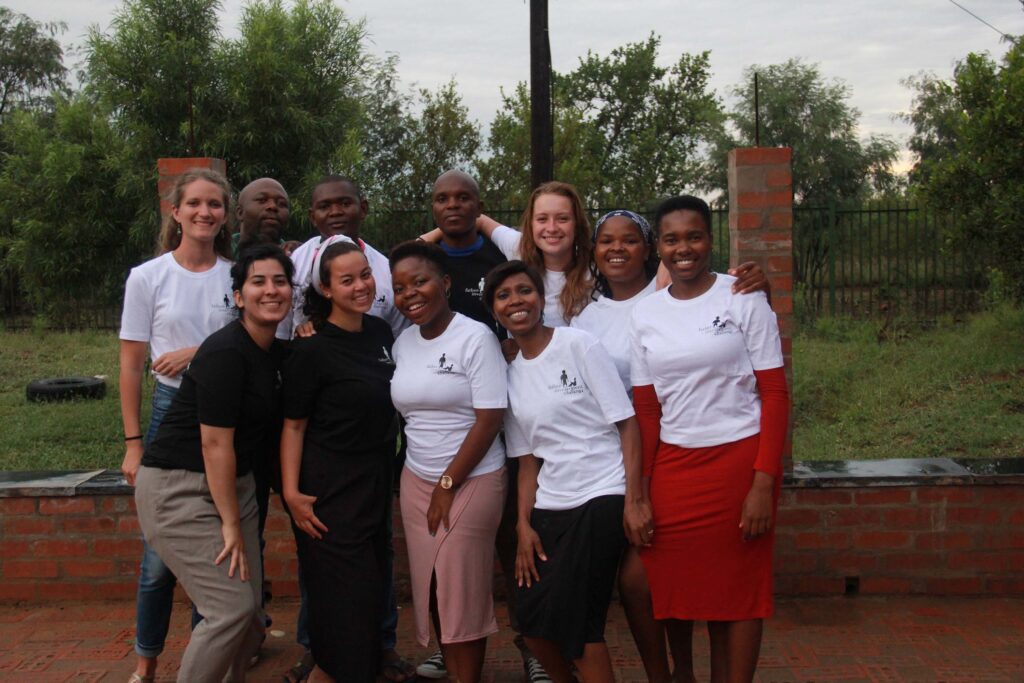 Over but not done: The last event and our final goodbye

By Carine Rozema and Laetitia Simorangkir

It has been a while, but even though we are back in the Netherlands for four weeks already, we are still thinking about our adventure on a daily base. In this blog a description of the last event and our final goodbye as team Father-Involvement.

By the end of March, the inevitable moment was slowly approaching: the day we had to say goodbye. Our three month Father Involvement Challenge was almost over, our time in Hammanskraal had come to an end. In her blog from a few weeks ago, Irmarie spoke about the last community meeting where we presented our data results to the community. During this meeting, the community came up with the idea to organize an event to have parents and children spend an afternoon of play, sport, games and fun together. We had not forgotten the enthusiasm of the students that Carine discussed in her last blog and we asked if the teens also wanted to be a part of this event, that was held a few days before we would return home. 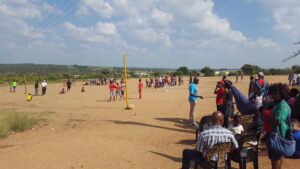 To our joy, quite some teens came to the event. What was even greater, was that in the end they did multiple performances in front of all the community members that attended the event, which were (including children) almost a hundred people! They did drama performances, which got their audience very enthusiastic, having them laughing but also listening very well as the teens stole the show. But the theatre play was not just funny. During the play, the teenagers explained they wanted to address issues that people in the community come across in their daily life. They played out situations of drug- and alcohol abuse resulting in domestic violence – and although they did it in a ‘funny’ way, it was clear that people recognized themselves in it. One of the mothers came to Laetitia while the boys were performing, saying: “Thank you. Thank you for coming here and addressing these issues. Before, many of us were abused in our homes, but now we do not want to be silent anymore. We will now encourage each other to talk about it and stand up for ourselves. I also want to thank your organization and the people in your country for sending you here”.

The High School students furthermore performed their ‘we need you in the family’ song and got the whole crowd to clap their hands, cheer and dance. This collaboration between the community and the teens was so special, it was more than we could have hoped for. And what was even better: they made plans to continue working together! The idea is that a ‘community committee’ will gather monthly, asking the community what kind of activity they would like to have organized, and then indeed start organizing an event. They want a community event to take place every three months. At the moment they are already discussing the next event where parents and children will be able to spend time together in a fun way; The latest news is that they are planning on organizing a ‘fun run’ and 20 km marathon. They are working together with the local researchers from the other community as well, as they feel they do not want to ‘keep’ this project to themselves. 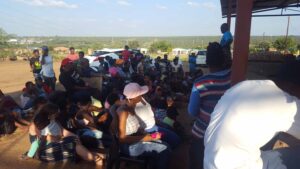 The day was ended by speeches, from our first driver and local researcher, from Laetitia and from one of the community leaders. All of them expressed happiness and gratitude for the participation of so many community members in what can be considered as a very positive and successful first community event. Especially the community leader gave an inspiring speech. He emphasized the importance of father involvement and also said he wished that more fathers had attended this day – as some fathers had shown up, but still far less than mothers and children. He finished stating that he believed that when the people in the community would carry on with these kind of events, eventually other community members – including fathers – would start showing up as well. This first event was only the beginning, and we all hope (and think there is a good chance) that in the upcoming months more fathers will show up and get more and more involved.

Our time in South Africa is done for now, and this part of the Father Involvement team unfortunately (!) had to return to the Netherlands. But we leave behind another part of the team, a part with incredible people with many talents and strengths. We have high hopes that the local researchers we worked with, the community members and the ambitious teens will continue the challenge and that the goal of more father involvement will be eventually achieved. We can at least be certain that some change has been brought about already – and we are looking forward to see what else is coming in the future. We are incredibly thankful for everything that we have learned and that we were able to achieve over the past three months. It was more than we could have hoped for. To everybody we met in South Africa that played a part in the Father-Involvement Challenge, we want to say: you changed our lives and we learned a lot from you. We all hope to return someday, so who knows what the future will bring us..

Obviously, we are fully aware that it was not only the four of us, neither ‘just’ the local researchers and community, who established the Father-Involvement Challenge. To 7Senses, our sponsors, our family and friends and everyone reading this right now – proving that you were or are interested in what we have been doing in some way – we want to express deep gratitude and respect. Some of you showed support by financing, others by motivating us and listening to our personal frustrations, anxieties, doubts or worries while preparing for the trip or while in the field. It sounds cliché, but without this huge group of people that believed in us, we could have never done what we did in the last three months. You gave us courage, faith, wisdom and hope to overcome this Challenge and to stretch beyond our own boundaries of safety and comfort. It helped us in a personal way, and we wish that the same thing might happen to any of you one day. We are proud of ourselves, our team and our project, knowing that the Father-Involvement Challenge is in good hands with the local community of Hammanskraal.

Re A Leboga (thank you)! 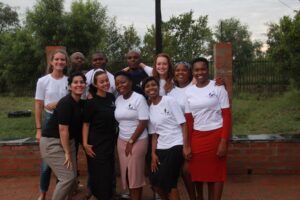